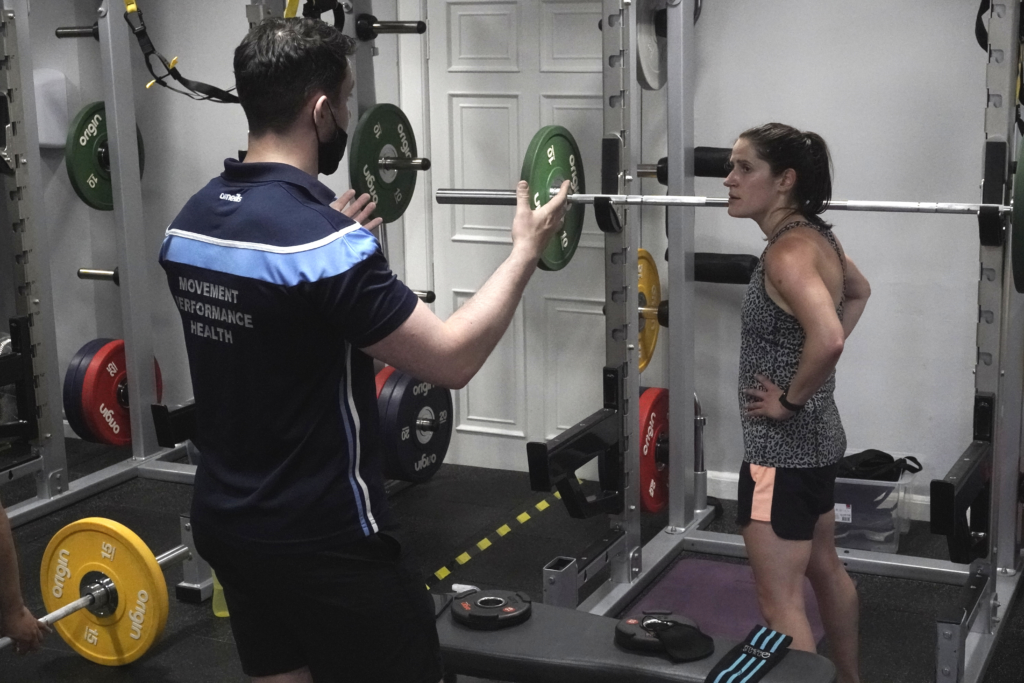 Why coaching vs personal training?

The first thing you see as you walk up to the door at G2G is a sign saying “G2G Coaching”, it doesn’t say “G2G Personal Training”.  We feel it’s an important distinction to make as there is often confusion as to what we mean by coaching versus more traditional personal training.

How might one explain the two different approaches? Both are perfectly valid routes to follow but its important to explain the difference so that people know what to expect from us and what we will expect from them.

To try and illustrate what we mean I will share with you a conversation I had recently that brought it all into focus for me. Joined up some dots.

My daughter Isla has just sat her GCSE prelims, with the way the world is, everyone affected by the constant threat of COVID, that dusting of extra stress on top of everything we do, these prelims have taken on a much higher level of seriousness and pressure than I ever remember from my time at school. With that ramping up of pressure there comes with it an understandable rise in stress levels.

So we are driving to school on the morning of her first exam and Isla is feeling a little nervous. I can sense her nervousness and after asking how she is feeling I decided to try and take her mind of the coming exam. One of the things we like to chat about are my memories from her younger days. She doesn’t say this as much anymore (teenagers am I right?!) but often when she was younger she would ask me to tell her “a funny story from when I was little…”

So I cast my mind back…

I am sure any parent can relate to this, those moments when you catch yourself thinking “where has the time gone?” It seems like yesterday she was starting primary one and now she is about to sit her first exam. That’s what I found myself thinking as I scanned back through the last fourteen years and tried to select a story that would distract her and lighten the mood a little before the challenge to come.

So I asked her, “do you remember your first few weeks in primary one?”

Her memory of it might be a little blurry but mine is crystal clear.

So I talked her through the routine we had at the time. We would park up outside the school and then I would load her up with her backpack and hold her hand as we walked in through the school gates, across the grounds and into the primary school. Once inside we would locate the peg for her coat in the corridor and I would help her take her coat off and hang it up. Chaos reigned as twenty other five year olds and assorted parents and guardians did the same. Bag unpacked and stored away we would walk together into the classroom surrounded by all the other mums, dads, grandparents doing the same thing. Sitting her down at her desk we would take out her reading or spelling book, select the appropriate stationary for the task about to be undertaken. We would carefully analyse the lesson laid out by her teacher and I would talk her through what she had to do and then get her started. Once she was primed and ready to roll I would give her a light kiss on the top of her head and then slowly back away. Safe in the knowledge that she was up and running for the day.

Back in the present day, sitting in the car we smiled and reminisced.

The next question I asked was the lightbulb moment.

“Imagine if I still did that now?”

We had a good laugh about that one, how ridiculous that would be now she was so much older, more experienced and independent.

With her safely dropped off and ready to roll for her first exam I drove to the gym. And as I drove I kept going over and over that idea.

“Imagine if I still did that now?”

What if I was still there holding her hand, helping her with her work. There are so many facets to being a parent but one might argue that part of being a parent, one of the things that you hope for as parent is that your child builds their skills, their confidence and their independence as they get older. As much as we might miss them needing us we know that really we want them to actually need us less and less.

Excuse me while I digress a little.

Self determination theory is a fascinating topic in the domain of psychology. Simply put it is the theory that people are motivated to grow when their needs for competence, connection and autonomy are fulfilled.

If you have made it this far you might be asking yourself the question, “yes thats a lovely story Donnie but what on earth does it have to do with the gym?”

I think that scenario explains beautifully exactly the same process we would be looking for in a coaching relationship.

Before anyone accuses me of making things a little weird, let me explain.

Say someone comes to us and they have never trained before. We use a term called “Training Age”. Simply it just refers to how long someone has been taking part in an intelligent, progressive and purposeful training program. One might also ask when it comes to their physicality : how experienced are they?

I have been training since me and my best friend at school would go to his dads garage and throw around his plastic York barbell kit they had bought at Argos. It was all biceps and testing how much we could bench press. Once we completed our “session” we would go to the kitchen to eat meat and see how many raw eggs we could eat… I know what you are thinking, that doesn’t sound very intelligent but our purpose was rock solid, we wanted to look jacked!

Leaving the York barbells and the raw eggs to the side for a second since we were fourteen at the time and I am now forty one my training age would be “27”.

Despite that impressive number rest assured the first time Ollie showed my how to do a plank properly, ie actually using my core and my glutes I was shaking like a leaf! A humbling moment and a good example of why the “Intelligent” part of the process is important.

Back to the person coming to us for the first time with a low training age. I don’t mean this to be patronising in the slightest. Someone can be a giant in other areas of their life but have a very low training age. So lets look at the two approaches.

To lean on the school analogy harder they are basically in Primary school. They need time to develop their skills, they need us as coaches to be compassionate and instructive.

How is personal training different from coaching? Training tends to stay fixed on instruction, there is no autonomy developed. Whilst there may well be connection, which is great but only a part of the picture, because it’s not a learning environment it is not conducive to building competency and without competency the instruction will always be needed. So therefore ; no autonomy.

And round and round we go, stuck in Primary one. Frustrating for both parties. The whole point about Primary one is it sets you up to move on to Primary two.

There is nothing wrong with that approach, I am not here to bash traditional PT. But it is important to know the difference. The pluses and minuses of each.

A coaching approach is different, meeting the member where they are at, working with them to undertake an objective analysis of what skills they need to develop to meet their stated goal. And once the appropriate initial phase of skill acquisition has been completed the focus shifts to building autonomy and ownership for the member over the process. Progressively, intelligently and purposefully building skills and meeting goals. And as that process evolves the member actually needs the coach less and less. Its collaborative learning, if we do our jobs well a member should actually need us less and less.

But just like a parent watching a child grow, the coach can always be there to help if the member reaches a roadblock, a challenge or maybe an injury that they don’t yet know how to navigate. By this point depending on the circumstance it may well be that all that is needed is objectivity and just a small nudge, a gentle course correction as opposed to a big intervention.

Leave your details below and we'll get in touch !